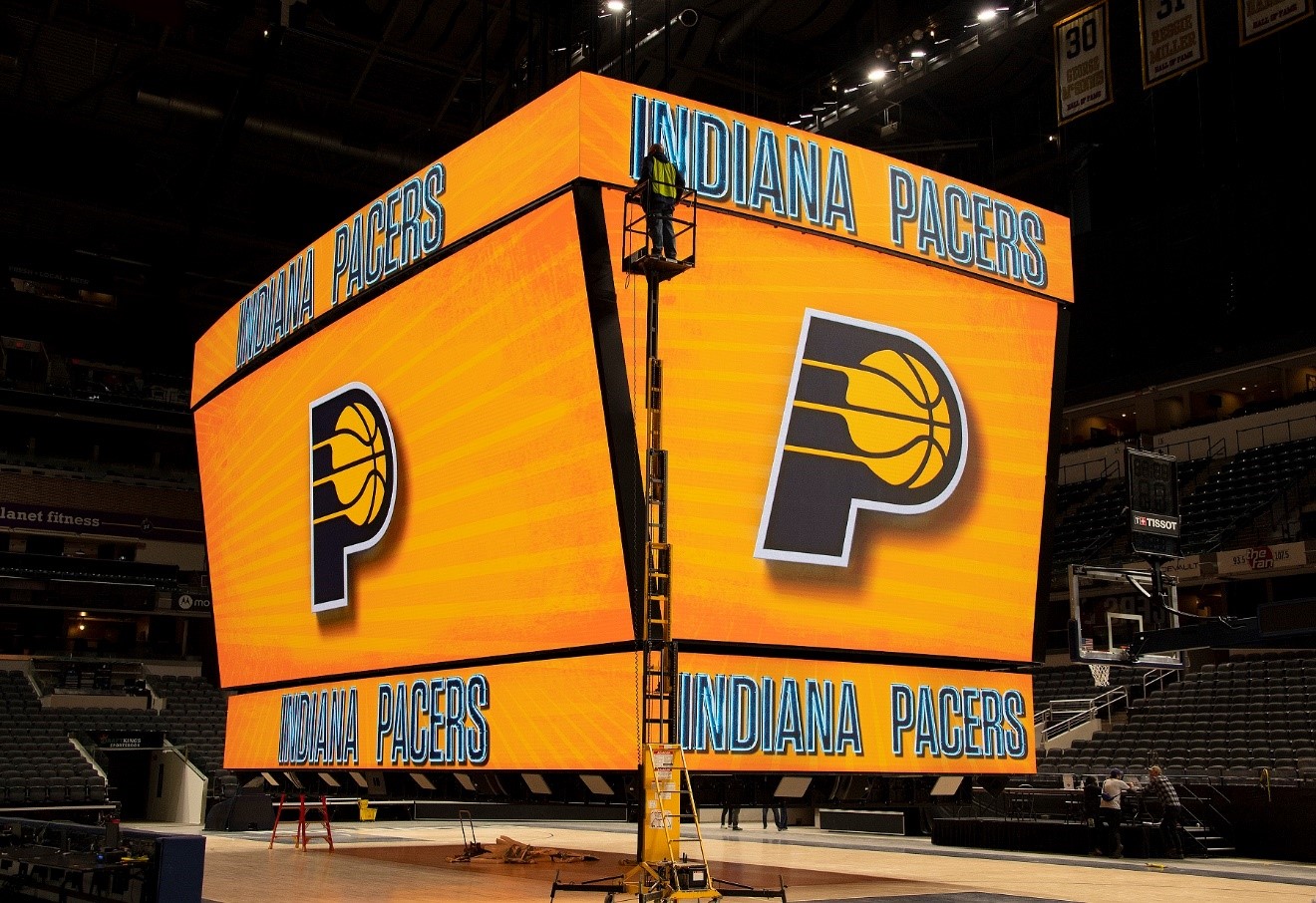 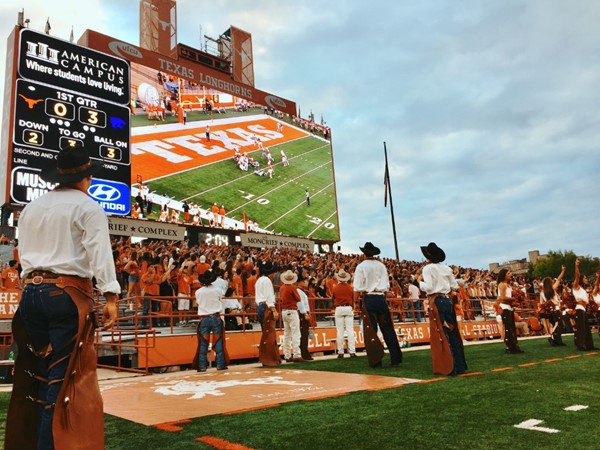 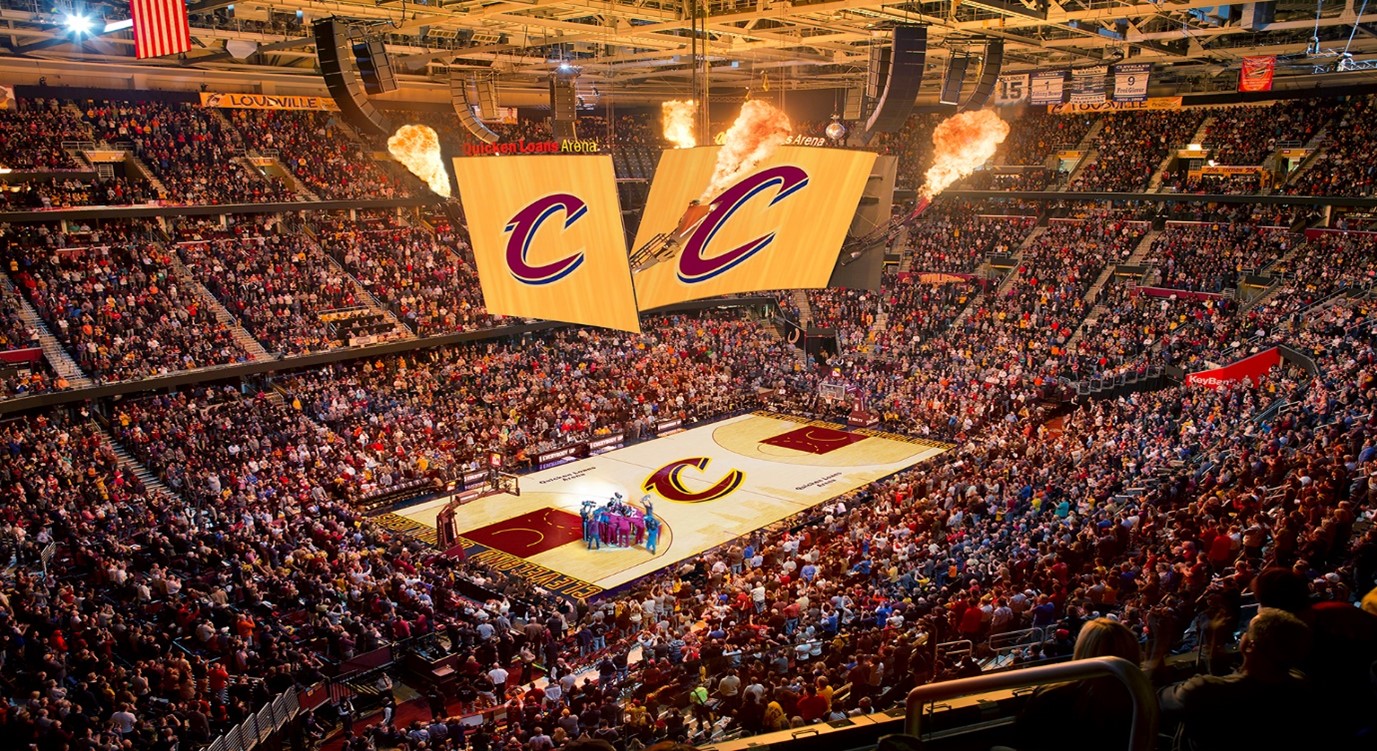 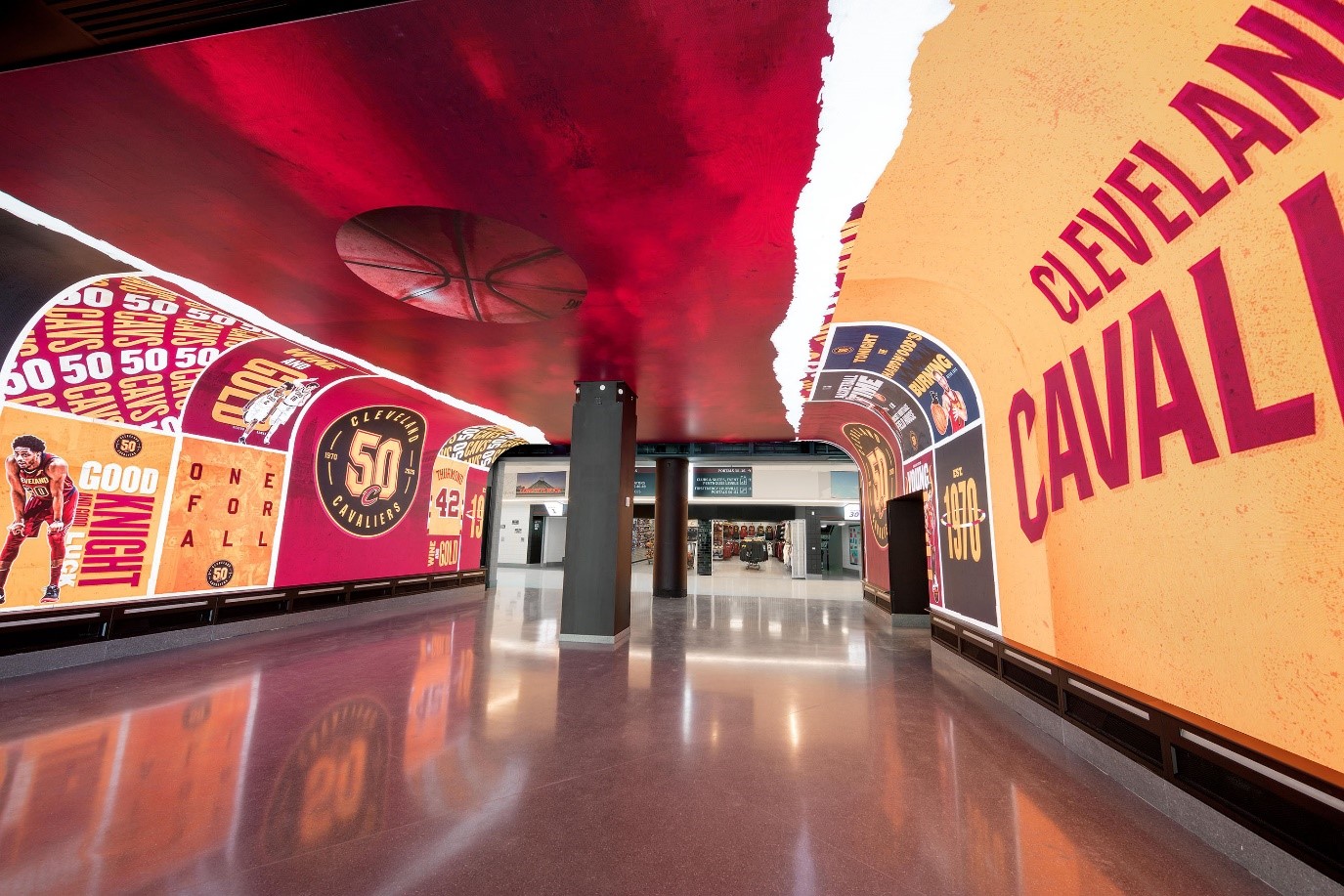 The sports world has drastically changed – college and professional sports are now major enterprises worth billions of dollars, there are multiple TV channels dedicated to 24/7 sports coverage, and even casual viewers are joining fantasy leagues and playing sport-themed video games to feel like they’re part of the action.

That particular feeling – fans wanting to be part of the action – has even changed sports arenas. It’s not just about watching your favorite team or player anymore; it’s about the fan experience. Sports arenas are adapting, introducing new technology, like LED displays, to create an immersive fan experience before they even enter the building.

When an arena is ready to modernize, they turn to ANC. Here are three ways we’ve transformed sports arenas with digital displays.

Bankers Life Fieldhouse, home to the NBA’s Indiana Pacers, needed a technological tune-up. Opened before the turn of the century, the Field house had gone largely unchanged until we unveiled its new center-hung LED score board in 2012.

The scoreboard’s innovative rectangular design allowed for two massive high-definition displays (50’ by 21’) to run the length of the court with two smaller displays (25’ by 14’) at either end. Boasting 3,350 square feet of dynamic video area that includes two custom-built LED “rings” at the top and bottom, the new center-hung scoreboard introduced a fresh fan experience visible from every seat in the house.

The tune-up didn’t stop there. To keep that experience alive throughout the arena, we also outfitted the Data Bank Courtside and Points Bet Hardwood Club with more than 600 square feet of 1.5mm fine-pitch LED displays.

To enhance that fan experience, we worked closely with the University of Texas to introduce mobile outdoor video displays to Bevo Boulevard that show college games from around the league, exciting highlights, and other entertainment to keep the audience engaged and generate buzz for the game. Our versatile displays can be easily moved to accommodate that day’s specific celebrations and set up the day before so the party can start immediately.

Fans entering the stadium are greeted with more than 14,000 square feet of LED displays that create one of the most energetic environments in sports today. Half of that square footage – 7,505 square feet to be exact – resides in the 55.86’ high by 134.38’ wide south end zone video display, the fourth largest in the NCAA. The display uses physical pixel resolution, providing the truest visuals possible across nearly 3,000,000 physical pixels. Everything’s bigger in Texas, right?

In addition to the mobile and end zone displays, we also included new LED displays across the stadium in the sideline fascia, tunnels, and along the stadium walls, bringing team graphics, real-time updates, sponsored content, and more into the gameday action.

Bringing all these separate displays together is our award-winning vSOFT operating software. Our software is designed to be the heart of venue content management systems, capable of synchronizing entire venues for a seamless experience on every display.
‍
Rocket Mortgage Field House

Our partnership with the Cleveland Cavaliers goes back to 1997. In 2013, we designed for them what was at the time the largest center-hung scoreboard in the NBA. The scoreboard’s innovative curved and tilted displays created a truly unique design that’s enjoyable from every location in the arena.

With plans to renovate the Rocket Mortgage Field House into a modern and technologically savvy arena, Cleveland again turned to ANC for help.

The real “wow” factor happens in the new Power Portal. After fans scan their tickets at the northwest entrance, they pass through more than 2,200 square feet of LED displays that curve and blend together to create a tunnel that surrounds them with a visually stunning experience.

The state-of-the-art Power Portal has become a must-see experience, with fans eagerly pulling out phones to record their journey through the tunnel. Advertisers also see an uptick in social media awareness as people post their favorite portal experiences.

The excitement of sports is no longer confined to basketball courts, hockey rinks, or football fields. With modern technology and digital displays, every inch of a sports arena is an opportunity to create an unforgettable fan experience.

Visit the Our Work page to see how we’ve helped other venues and events modernize with digital displays, including NYC’s Pier 17, the world’s largest casino – WinStar World Casino and Resort, and adaptive live events. 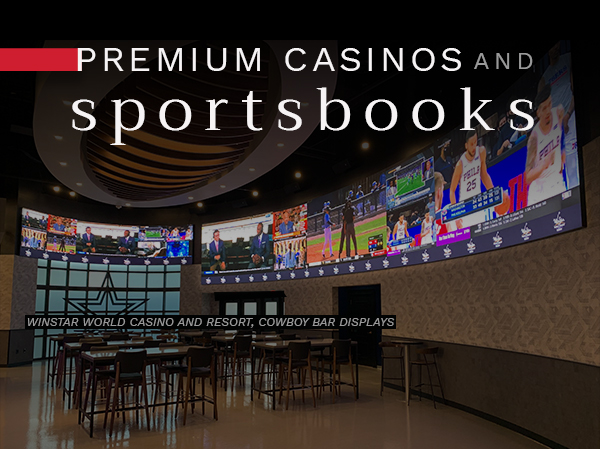 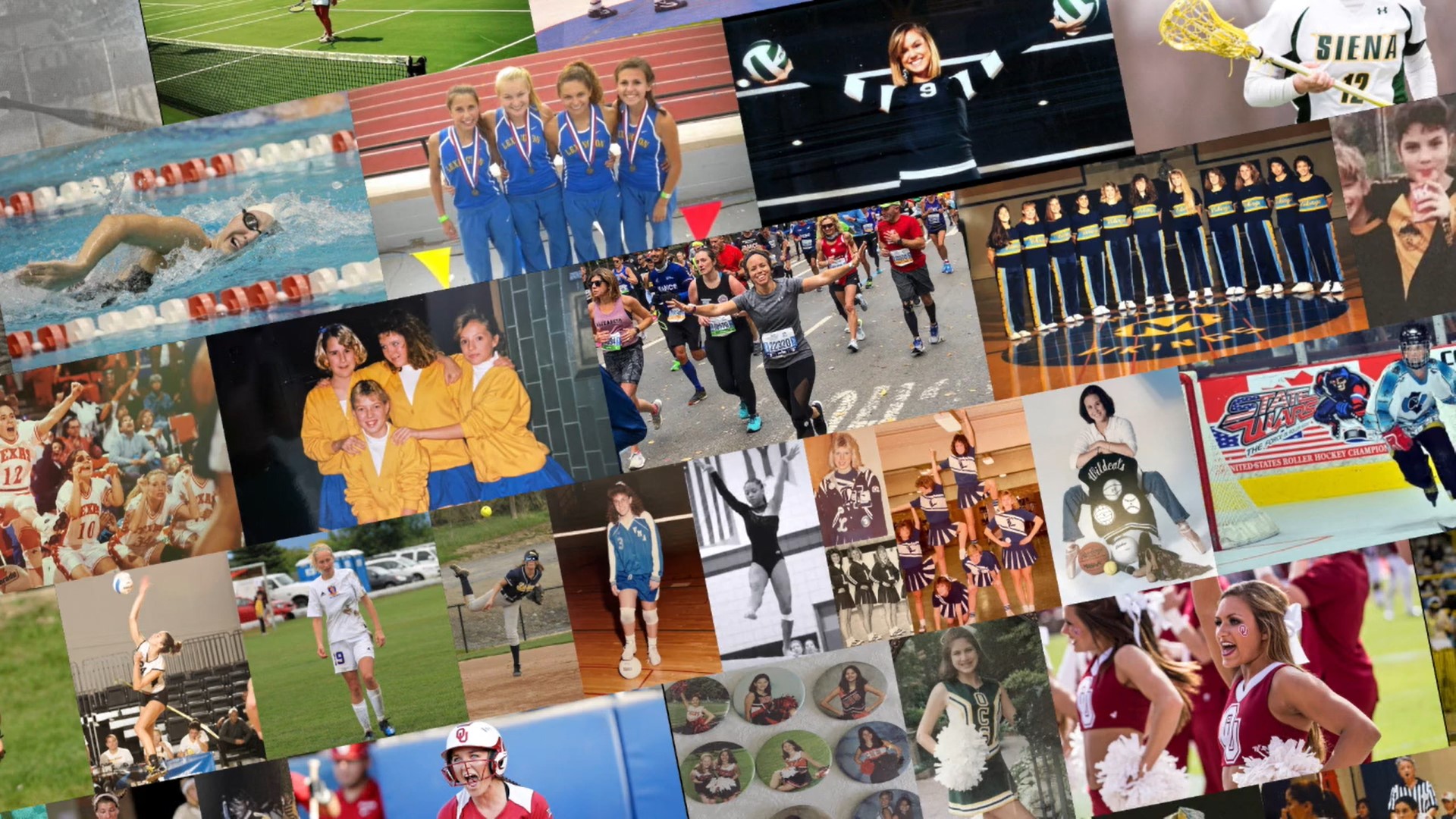 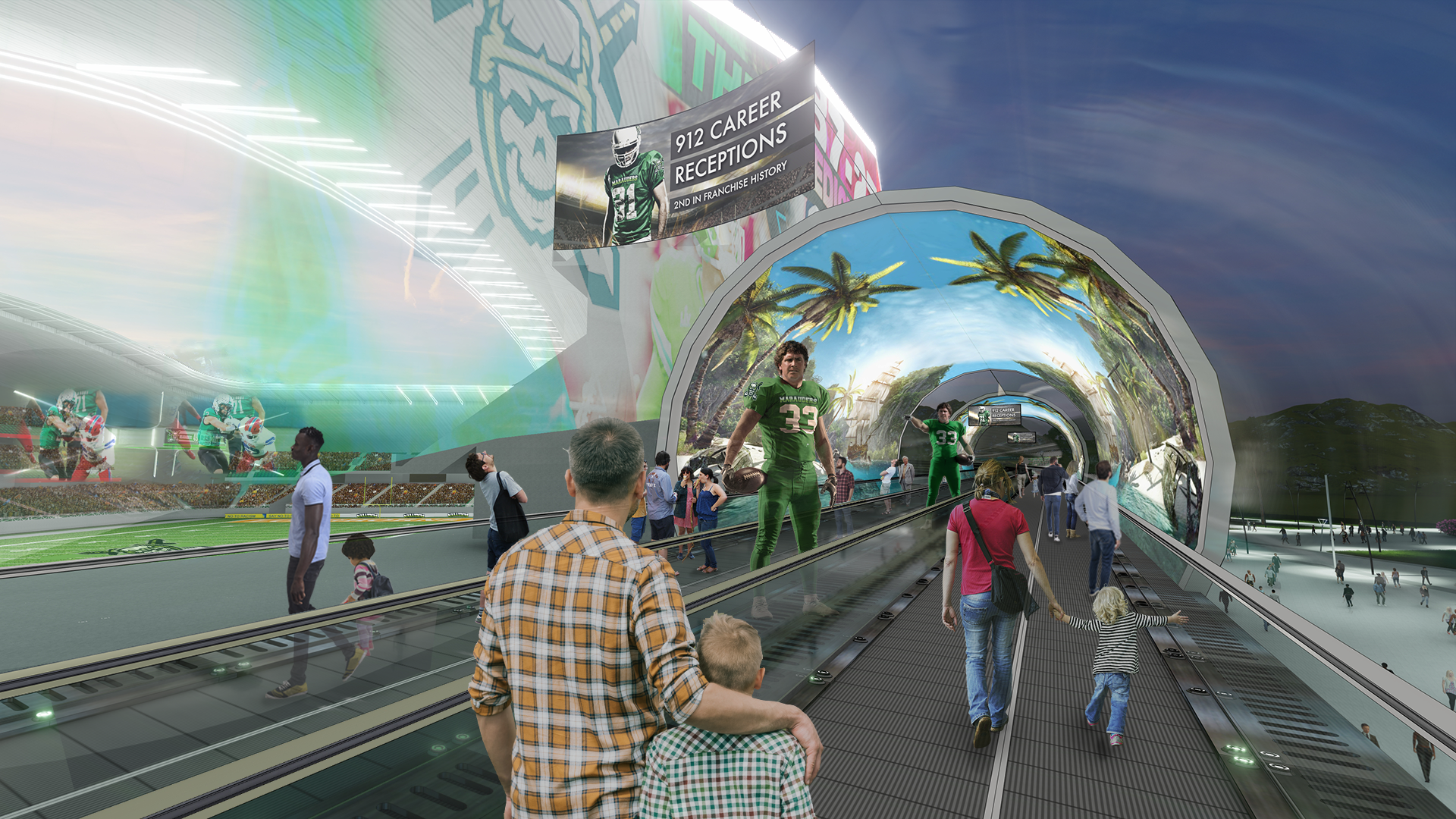